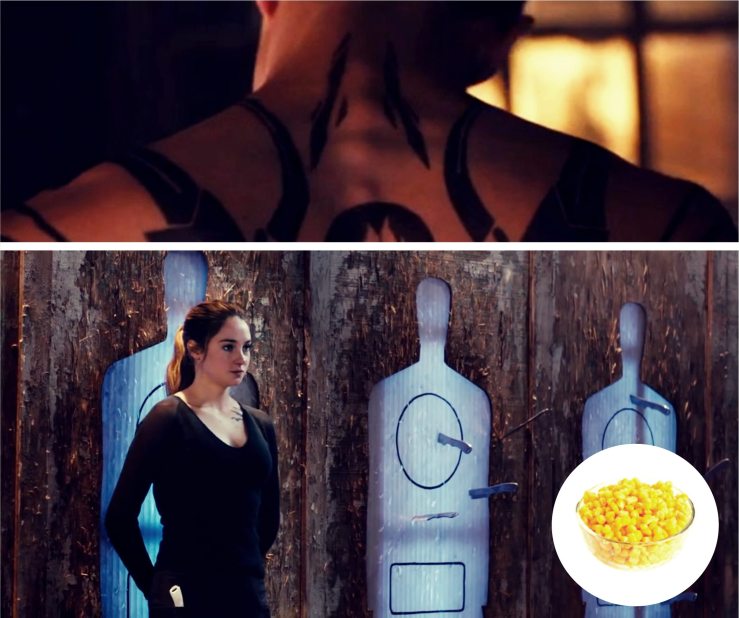 Young Adult novels are getting more and more popular and I’m not afraid to admit that I’m going with the flow and enjoying the ride. From The Hunger Games series to the Maze Runner series, books with dystopian story lines are becoming a trend and that trend is reflected on the big screens. Whilst I don’t mind the fact that the novels like to play around with similar situations and heroins, the standard for these types of movies for me needs to improve franchise to franchise. Therefore following the highly successful Catching Fire might have been Divergent’s biggest downfall.

Aside from the fact that I was fully aware what was going to happen, having read the book made the movie far more uninteresting than I had anticipated. This has never been an issue, not with The Hunger Games movies, definitely not with the Harry Potter franchise or even Game of Thrones series, but with Divergent I felt like reading the book was a big mistake. With its slow paced story building and the few memorable movie moments which were presented in a manner of underwhelming excitement, I wasn’t really experiencing any kind of thrill. I can’t remember reading the book and being as disconnected the whole way through like I was with the movie, can’t even recall a time I felt so utterly distant from the leading character, but somehow, Shailene Woodley’s Tris was boring beyond repair.

Now, this is not a criticism towards Woodley’s acting skills, she has them, I know, it was evident in Divergent with all those almost crying puppy eyes she was giving in every other scene, but it’s the fact how everything around her didn’t seem to support her. Zoe Kravitz is no Lenny and her supporting role as Christina was definitely a weak link and I could say the same for Kate Winslet! That was something that came as a shock for me, Winslet’s inability to portray a villain that is because I always considered her to be an actress who can tackle everything but I guess playing a bad guy just simply isn’t in her blood. All the boy roles were somewhat underwhelming as well and I didn’t seem to connect with any of the supporting characters.

One thing I need to mention here is that I didn’t feel many connections in the book either, it just wasn’t connecting me with various characters and there really wasn’t anything emotionally crippling when it came to other story lines surrounding Tris. I was hoping that the movie would somehow fix that issue, create deeper relationships and portray a bond which we as viewers could miss after it was gone. Sadly, there was no emotion behind anybody except Tris and Four (Theo James) and even that was a bit shaky from the start. Part of me wants to blame the casting because whilst the book Four had blue eyes and felt like a man who was strong yet vulnerable, James is a guy who looks strong and feels strong – and that contradicts his character. Surprisingly, the most memorable storyline from the Divergent series for me was Four’s past and the way he became who he was, the movie didn’t really establish that and it’s a shame really. Though it was shown, it wasn’t ignored completely, it didn’t let the idea linger enough for it to make become important. Frankly, it seemed to be an issue with the entire movie, everything was constantly happening but Divergent didn’t really take the time to let the viewers settle their emotions.

Despite the nature of the plot, having a lot to tell in a short period of time, the movie felt like it was dragging the whole time. For me, I guess it comes down to having read the books, being familiar with the story and anticipating every scene before it actually happened. Yet, Catching Fire was also based on a book I had read but somehow, the movie was constantly keeping my attention and well, it was simply a good book adaption from start to finish. The same clearly doesn’t apply to Divergent which didn’t even take advantage of the deepest fears sequences and simply kept everything bland. Having a dystopian novel as a starting point also allows to build a whole new world and though seeing Chicago in ruins was rather interesting, I wished for more. I wished for more thrills, more chemistry, more connections, more back-stories, more emotions… more everything to be honest. Simply put, Divergent just didn’t deliver enough to be good and it’s a shame really.