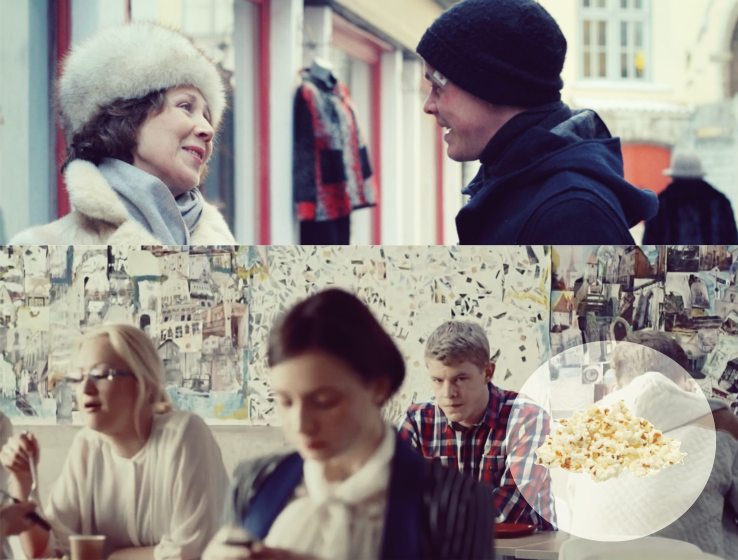 It’s not often when I’m excited to see an Estonian movie but Point Zero just was one of those movies that pulled me in like a magnet. Maybe it was the fact that I knew people involved with the production, maybe it was because it seemed to be apart of a new wave in Estonian film or maybe it simply looked good from the start! As expected, Point Zero ticks many boxes, some not as well and some better than others, but its biggest victory is making the audience laugh.

Though it did get some great laughs, Point Zero, based on a novel by Margus Karu, is no comedy! It’s far from it, and instead, tells a story about Johannes (Märt Pius) and his multiple problems with every aspect of his life; at home, in his new school, with his hobby and with his old friends. The first half of the movie focuses on how these aspects build up and develop into more serious issues Johannes has to deal with. In terms of the story and its progression, Point Zero goes through a very natural and yet familiar scheme of build up, followed by a breaking point or in other words, point zero, and continues by giving us the solutions. Though its running time is close to 2 hours, it never feels long and exhausting which is a big plus!

Thankfully, there are many other positive aspects to Point Zero and few of them stood out by actually surprising me. One of which was the performance by Märt Pius as Johannes. Now, I’m going to be honest, my number one problem with Estonian movies is the delivery of lines which don’t feel believable – something that wasn’t completely missing from Point Zero as well. Pius, constantly on screen, was also the strongest on screen and possessed a certain comfort that just came naturally. There were moments where the script worked against him a little but he still came out as a winner and there’s nothing bad I can say about him. With his strong on-screen performance, Point Zero feels  authentic and just comfortable enough not to be cliché driven.

Like I said, there were performances that were weaker than Pius and it especially showed in the classroom scenes. There were moments that were supposed to be dramatic and powerful but for me, appeared to be delivered just for the delivery itself. It’s hard to explain, it’s probably my own weird kink in relation to Estonian movies but as Pius proved, it doesn’t always have to be as such. Luckily, the weaker moments in school were balanced with the scenes featuring Johannes and his old mates from Lasnamäe. Brilliant is the only word that comes to mind describing two of his friends, Bert (Reimo Sagor) and Esko (Henrik Kalmet), and their leader Zaiid (Uku Arop).

Granted, there was a lot of cursing and sex was somehow thrown into almost every conversation, but those scenes were always fast paced and the ones where I laughed the most. Bert and Esko are like the two stooges, the ones that are written in for comic relief and somehow end up almost stealing the whole movie. Zaiid on the other hand is the one causing all the problems and considering the fact this was the first acting role for Arop, actually a rapper, things turned out pretty well. I’m impressed to say at least how well the whole Lasnamäe aspect of Point Zero came across, being for me without a doubt, the highlight of the movie.

Before I wrap things up, I want to say that visually Point Zero is strong but then again, I’ve never seen it as the biggest weakness for any Estonian movie. There were a few hand held scenes where the camera shook too much for my taste but then there was a high-angle shot that looked so damn cool I can’t get it out of my head. In addition, the soundtrack was on point and it also was one of those surprises that I didn’t expect. Most of the time the soundtrack was accompanying Johannes, while he was running, and I actually thought the scenes could’ve been a bit longer. There were a lot of them, running sequences that characteristically worked,  but I secretly wished that at least one of them was longer to emphasize the running even more and to hear one track enough to get into the feel of it.

To finish up, I must say I’m a bit nervous to publish this review because it feels somehow very personal. It is one thing to write about a movie that is made far away from you but it’s different to talk about the one made next door. But to be fair, I do think director Mihkel Ulk and Märt Pius as Johannes make Point Zero a worthy cinematic experience and like I’ve said, I did enjoy the movie a lot! Plus, there are so many notable small moments: Johannes fake smiling to the teacher, that killer twist of events in school that made the whole audience laugh, the dialog between Johannes and the receptionist, the cameo by the author of Point Zero and the one-liner in the very end that will be quoted to every girl named Paula for months to come!