Since today is Valentine’s Day, and most of you would likely want to spend it with a loved one Netflix and Chilling, I wanted to help out. You see, I bet there are couples out there, who for some reason think that Fifty Shades Grey could be a good choice for the evening but trust me, it is far from good. But if you truly want to watch something, and you  want to watch something bad, here are 10 bad romantic movies that are a so much better than any of the Fifty Shades movies!

There are a few movies here on this list, that make this list because of the leading man. Catch and Release is here because of Timothy Olyphant, and his sexy voice and well, look at him, the man is hot! So instead of watching Jamie Dornan’s soft baby skin tiny chin, watch Timothy’s subtle beard and drool while his on screen. Then there’s also this scene, which has more sexual chemistry than Dornan and Dakato Johnson in their three movies combined. In other words, I don’t really remember Catch and Release that well, but I do remember that Jennifer Garner’s character has recently lost her fiencé, and they take a fishing trip and Timothy appears!

A modern cinderella story of a rich man mistaking a maid for someone wealthy, and she goes along with it. Sounds familiar? I mean, the overall plot sounds like the Fifty Shades,  vaguely, but the actual plot and everything about Maid in Manhattan is much better. Sure, it’s not the best from Ralph Fiennes, and it is still Jenny from the block, but it’s about a maid falling in love with a rich man, who loves her back! This is what every woman wants! That, and that white coat she’s wearing, damn, that is a great coat!

I actually really really love this movie, and it’s shocking to see it rated only 11% by the critics, but luckily, the audience seemed to like it way more. The Wedding Date is about a woman hiring an escort to accompany her to a wedding weekend. Debra Messing is charming, funny, and Dermot Mulroney is not bad to look at either. And he also does this. My guilty pleasure romance books are about faking a relationship, so this movie is appeals to me on many levels.

This one barely made the cut, but still, Love And Other Drugs is rated rotten and it’s actually unfair to Jake Gyllenhaal and Anne Hathaway, who do a pretty good job. The movie tackles two big plots at the same time, based on real life events, while Gyllenhaal’s character is connected to the Viagra evolution, Hathaway struggles with personal problems and their relationship. Bonus, you get to see Gyllenhaal’s ass, and it’s way better than Dornan’s. 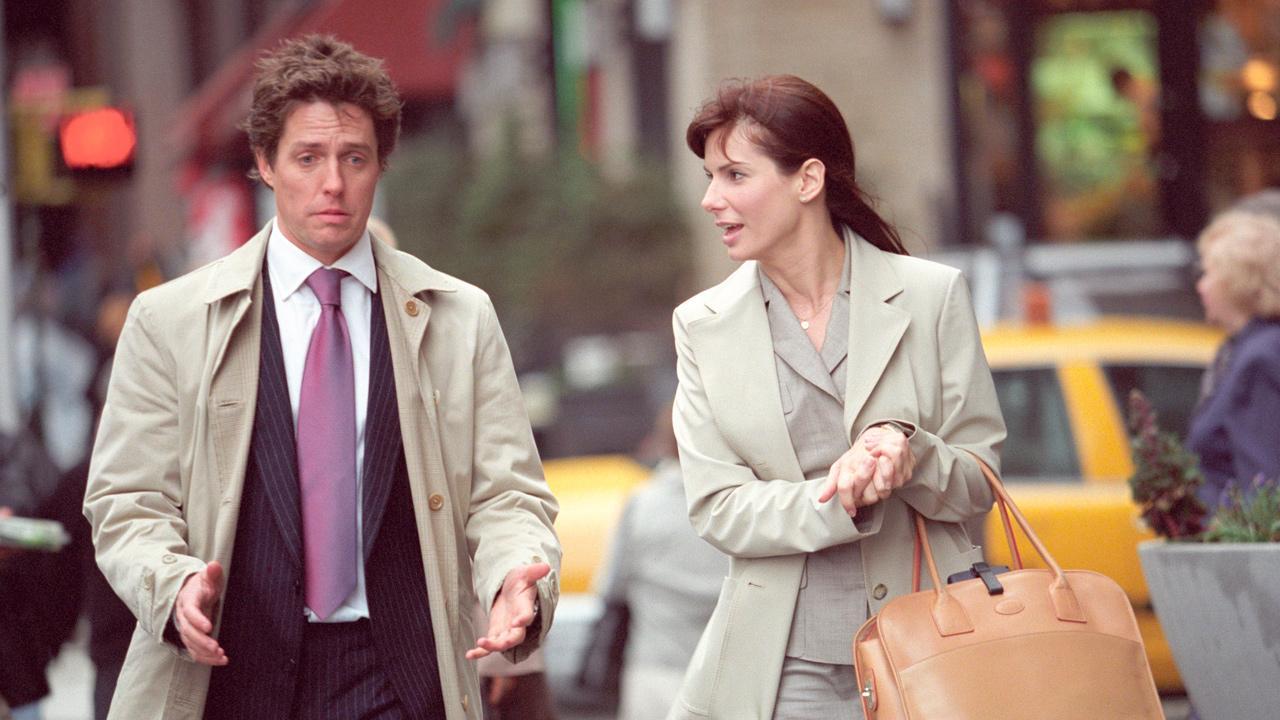 Sandra Bullock is the queen of romantic movies, she has been in them for as long as I remember. Two Weeks Notice is one of her lesser discussed ones, but it’s still good and funny! Bullock’s character is Hugh Grant’s assistant, but the movie starts when she gives in her two weeks notice, and he’s not thrilled. You can see how this ends from a mile away, but it’s a fun ride there and Bullock almost always delivers. 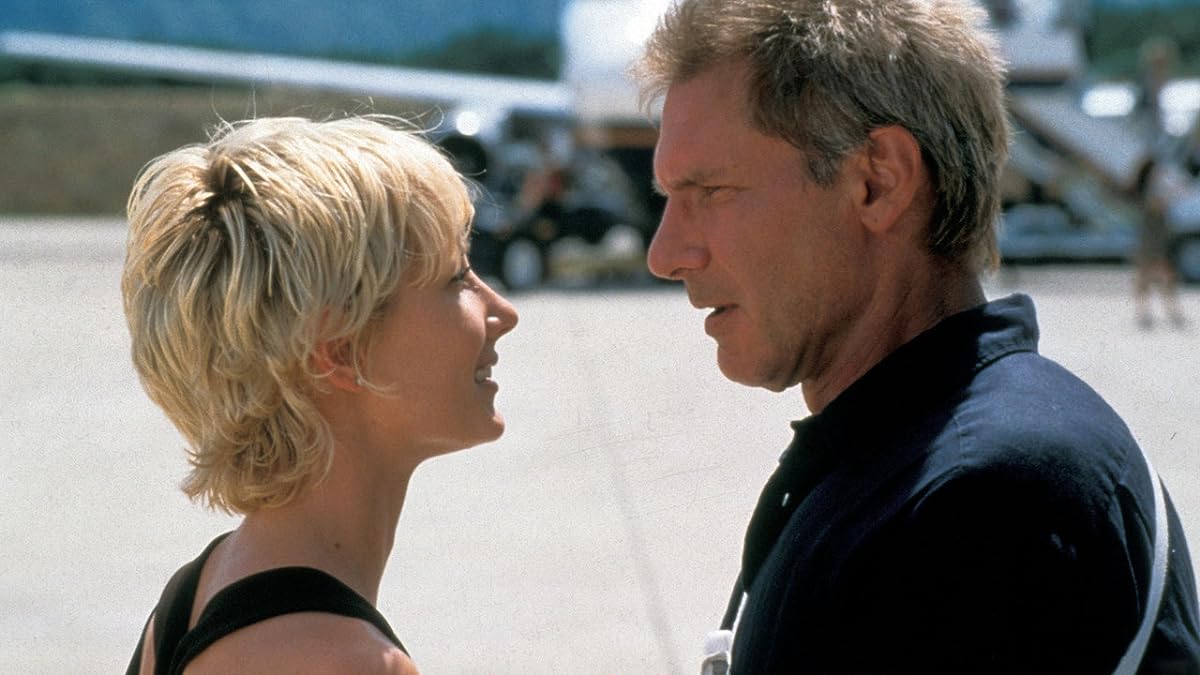 Harrison Ford is hot, just admit it, and we can move on because Six Days, Seven Nights is not as bad as its Rotten Tomatoes score lets us believe. The two main characters are polar opposites, they don’t even get along in the beginning, and they shouldn’t work on paper, but they do! It’s about them two ending up on stranded on an island, and trying to survive. Plus, like I said, Ford, no matter how old he is, is hot.

There is a reason for this pick, and that reason is Matthew Goode, and that’s a pretty good reason. Sure, this is your stereotypical teen movie, where the daughter of the President rebels against her father and takes off. And is sort of stuck with Goode’s character, but that’s explained later. It’s cheesy, it’s filled with clichés, but I’d watch it again, something I’d never do with Fifty Shades of Grey. 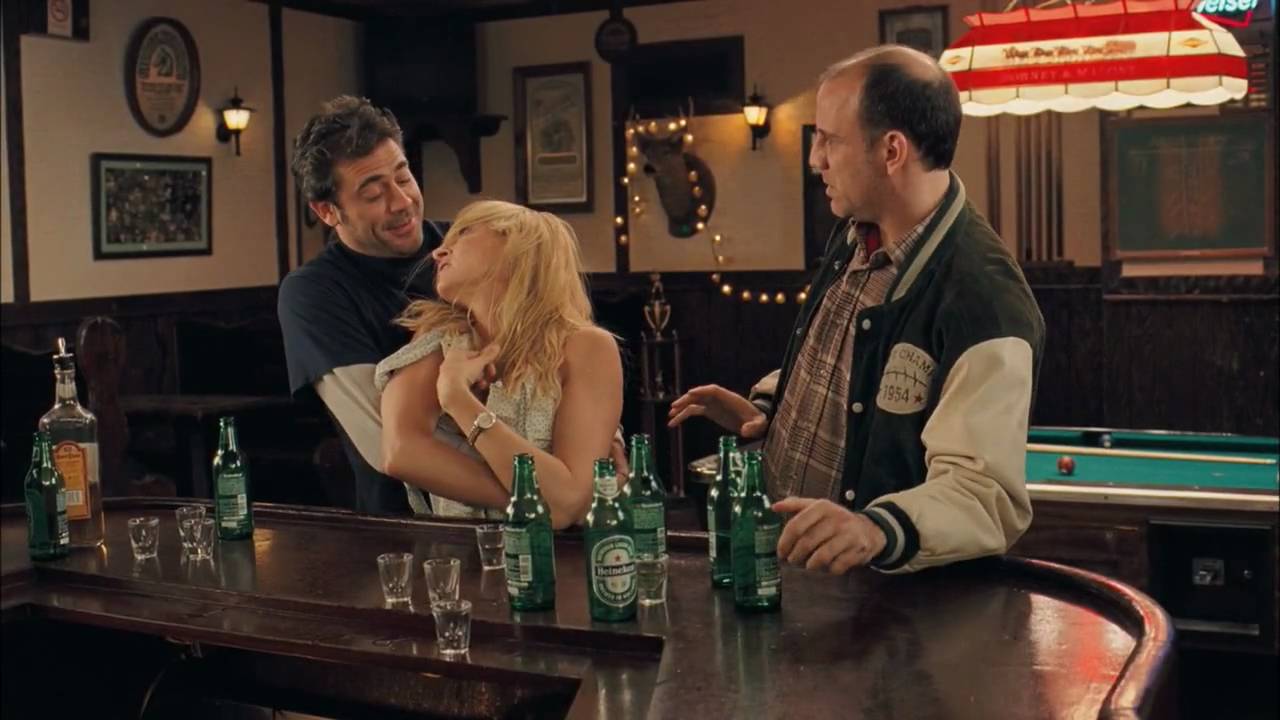 The Accidental Husband, from all the movies in this list, is probably my second least favourite and that’s because the plot here is horrible. A man revenge marries a woman, without her knowing about it, right before she’s about to get married. Then she gets drunk and it gets super fun. But the reason I forgive everything stupid that happens in this movie is Jeffrey Dean Morgan. That. Man. Is. Delicious. And trust me, his like way better than Dornan, way way better!

There isn’t a movie that Gabriel Macht has been in, that has been rated fresh on Rotten Tomatoes, which makes me sad because how could you hate on that face? But, I do think Because I Said So has a very bad plot, because Mandy Moore’s character juggles two men at the same time. It’s the reason it’s my least favourite movie on this list, but still, it’s better than Fifty Shades of Grey because it has Diane Keaton AND Macht. And Macht is hot, and Macht is good to look at, and I’d just watch this movie to look at him. I’d not watch Fifty Shades of Grey again to look at Dornan – ever!

How in the world, has this movie got a 24% on Rotten Tomatoes. It has Jeffrey Dean Morgan, naked! That scene alone gives this movie a fresher score than many of the other movies on this list. Plus, Gerard Butler actually doesn’t suck in this one either, and it’s a great story. Lisa Kudrow delivers a brilliant supporting role, Jeffrey SINGS, and again, Jeffrey’s ass! This rotten score is truly beyond me, because I don’t understand the hate, because again, who would ever give Jeffrey’s ass a rotten score?!