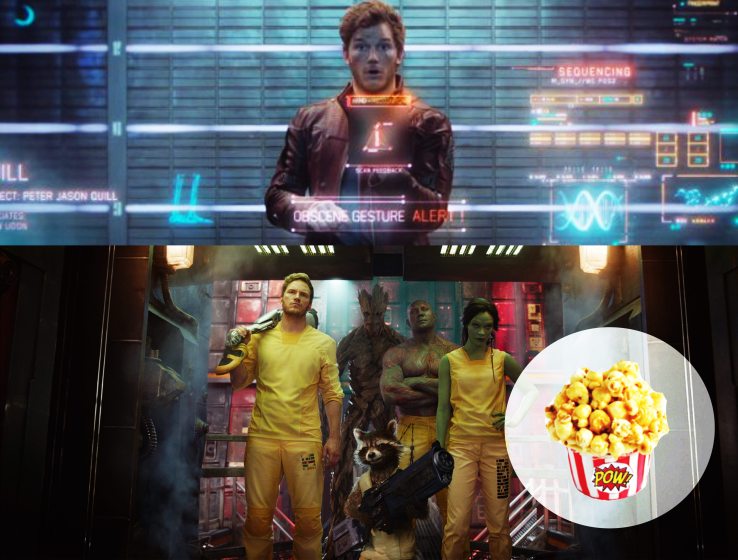 *come and get your looove & tiny spoilers*

To set the mood of this review, I love Guardians of the Galaxy!  There, that’s what the whole review is going to be like, me gushing about everything GOTG related, me defending its faults (I don’t actually know any but I’m defending those nonetheless), sharing my feels in every paragraph and all of that will take place while Awesome Mix Vol. 1 is playing on the background.

END_OF_DOCUMENT_TOKEN_TO_BE_REPLACED

This is definitely one of the Academy Award movies since it already has been nominated for four Golden Globes (Best Drama Movie, Best Actor, Best Supporting Role, Best Screenplay) and usually those big nominations end up getting some Oscars as well. I watched Moneyball before I heard about the nominations (though I had my share of suspicions that this Pitt’s movie is up for some awards) and although most of the baseball terms were a complete mystery to me I thought it was enjoyable.

This movie is based on a novel that tells a story about true events (book with the same name is written by Michael Lewis) and it went through big problems before the filming started. Considering that Brad Pitt was with the project since 2007 I found it interesting that the movie took so long. Apparently there were other drafts, other directors until The Social Network writer Aaron Sorkin step into this project and Bennett Miller was set to direct. Here is another interesting fact, the cinematography is done by Wally Pfister who is behind Nolan’s movies (including The Dark Knight and Inception).

Now on to the movie – Billy Beane is the general manager of a baseball team that has not done very well, Oakland Athletics. He is described by wanting to make changes and not being afraid to be radical with his decisions – he hires Peter Brand (the only made-up character who is mostly based on Paul DePodesta), played by Jonah Hill, to bring in the new style of buying the players. They buy a players that are mathematically right for the job, like Scott Hatteberg (Chris Pratt) who ends up being the hero – I really liked his storyline and Pratt is likeable as an actor as well. So basically they hire men who aren’t as appealing to other teams cause they aren’t perfect. At least that was as much as I understood – focus while watching this movie has to be on its best, getting all the names, understanding the buying and following the action behind the game is very important. Surely, it has a brilliant screenplay in that sense – smart, quick, witty at times. Now to think of it, it reminds me of The Social Network when it comes down to the screenplay which leeds to shows that Sorkin has a certain style to his writing.

Movie looks visually interesting as well, there are scenes of the real games? or at least it seems like that (even if they aren’t – cause I am not 100% sure of this fact). Performances by the actors is of course brilliant: there is no doubt that Pitt knows how to act, Hill surprises due to his acting past and Hoffman is yet again at his high because he knows nothing else. There is not much else to tell about the movie because it is really a must-see from my behalf and even the ending itself is just thrilling. I love those sports stories based on real life that really show the strength of the underdogs.

Going to the movies is something I do with movies I really want to see, What’s Your Number was one of those movies I really-really wanted to see. Not only because of Chris Evans who happened to hate clothes in this particular movie but because it seemed really nice and realistic (as realistic as a rom-com goes). After watching it I’m just gonna say that it was a bit cheesy at times and the end would’ve been too cheesy as well if it weren’t for that one line that sort of mocked the romantic comedy genre and basically saved the end.

Anna Faris for me was always the dumb blonde – House Bunny would be the example of what I am talking about when I say “dumb blonde”. What’s Your Number was a smarter role for her and I hope she gets more of those after this one. She was sweet and funny and sexy – not like scary sexy that she does a lot but hot sexy. Next to Chris Evans though, sorry Anna, but my eyes went straight for the captain. He is really popular lately, which is awesome cause I never understood why he didn’t get his big screen roles. His character in this movie was pretty much the slutty-guy-neighbor who helps Anna out with her man quest which brings me to the story.

Anna Faris plays Ally Darling, a young woman who has let to many men enter her “bedroom” and is now faced with an article that says: once you go 20 you never get married. She, determined to find all her exes cause one of them has to be the ONE, gets help from Colin Shea (Evans) who somehow knows how to do background checks. Zachary Quinto, Joel McHale, Martin Freeman, Andy Samberg and Dave Annable are just few of her exes that meet us on the screen. One of the exes who gets the oportuinity to be on a screen a lot is Chris Pratt – he is actually married to Faris (a fact that I keep forgetting).

So the story it self is again typical but I liked how it all played out and I thought Anna and Chris were great. Was there a lot of chemistry and unbearable tension between them, maybe not  all the time but to be honest, Anna likes the other Chris (Pratt) so I bet it was hard to concentrate on Evans six-back (or was it eight – should watch the movie again to be sure) that should have been on the poster of the movie. 5,6 on IMDb is pretty solid, I’m giving it a 4 out of 5 which is a record (it seems) cause I like both the leads and they kept it cool the entire time.

“Oh, what’s that Chris, you want me to watch the movie again? Aye aye, captain!”