Some of my favourite films are directed by Christopher Nolan: Inception, The Dark Knight (mostly because of Ledger) and I also have fond memories of watching Memento as a kid. I even remember being fascinated by Insomnia when I saw it years ago. But then there’s also Interstellar which I didn’t like at all and nothing could make me want to see that movie ever again. So before seeing Dunkirk I was expecting greatness but I also had that nagging worry inside my brain that the last Nolan movie was a space opera I almost fell asleep to. So my emotions were all over the place before the movie. My emotions after the movie were even more scattered, but for entirely different reasons.

END_OF_DOCUMENT_TOKEN_TO_BE_REPLACED 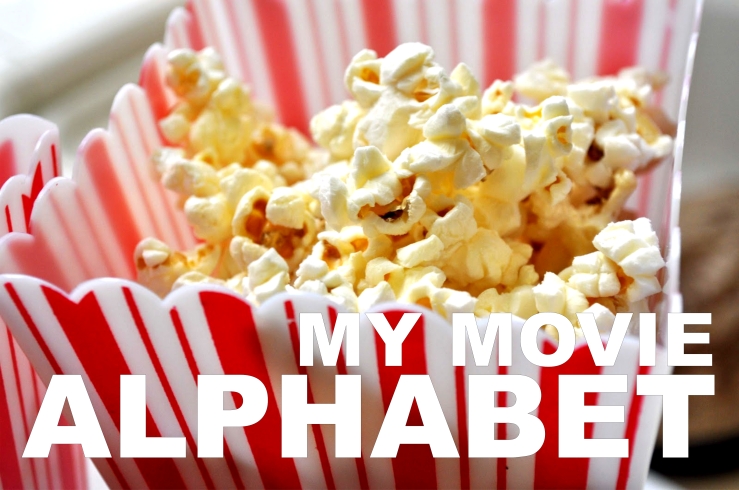 400 might not be an important number to some but for me it actually is somewhat special. I have been waiting for it for quite some time now actually, the big round number of 400. Seeing the number getting closer and closer just made me realize that I’m almost at 500, then, soon I will be a 1000 and then.. I don’t know. Okay, I might me exaggerating because getting to 400 has taken me almost three years. On this rate, it will take me forever to get there but I’m ready for the ride, it’s been so fun so far! As the number got closer, I thought why not celebrate it with something special since I haven’t done it with my other hundred posts. Plus, I had a lot of time with all my school work, deadlines, additional obligations and an up-coming trip… Kidding but I still had a lot of fun putting the alphabet together, had some issues with couple of letters because some didn’t have enough options, some had too many. To be fair, a lot of my favorites were left out but overall, I think it worked out well. It consists of movies, directors, actors and actresses who’s lives revolve around movies.

END_OF_DOCUMENT_TOKEN_TO_BE_REPLACED

It seems like forever since The Dark Knight drove into the night and Heath Ledger won an Oscar posthumously but Christopher Nolan is finally back (after inceptioning us) and The Dark Knight Rises. He has added my other favorite Joseph Gordon-Levitt to the mix which for me is kind of weird and awesome at the same time cause he looks so much like Ledger. I think we get a climps of him in the trailer and if yes, then he looks hauntingly  good. But what is a Batman movie without Catwoman? – probably nothing because Anne Hatheway is putting on the catsuit. Other than that, Christian Bale returns as Batman and  has probably dealt with his problems but I doubt that he wouldn’t have new ones waiting for him. The teaser trailer doesn’t give away much but I’m sure it wouldn’t be anything less than the final episode of Batman’s “life” and Nolan is always at his best when it comes to action so I’m waiting for this one eagerly.

PS: Here’s the poster for the third movie and since it is absolutely amazing I saw no reason not to add it to the post.

“Dreams feel real while we’re in them.  It’s only when we wake up that we realize something was actually strange.” – Dom Cobb

After watching Nolan’s newest master-piece I looked up some of the reviews just to get an idea how to build up my review about it. I didn’t want to praise like any other commenter would do and call Nolan a genius based on my subjective opinion – I wanted to have a basis for this post: negative reviews for Inception.

Not all reviewers, however, were so positive about the film. New York magazine’s David Edelstein was reported to “have no idea what so many people are raving about. It’s as if someone went into their heads while they were sleeping and planted the idea that Inception is a visionary masterpiece and—hold on … Whoa! I think I get it. The movie is a metaphor for the power of delusional hype—a metaphor for itself.”[70] Rex Reed of The New York Observer explained the film’s development as “pretty much what we’ve come to expect from summer movies in general and Christopher Nolan movies in particular … [it] doesn’t seem like much of an accomplishment to me.”[71] A.O. Scott of The New York Times commented “there is a lot to see in Inception, there is nothing that counts as genuine vision. Mr. Nolan’s idea of the mind is too literal, too logical, too rule-bound to allow the full measure of madness.” – Wikipedia

I’m not saying they are wrong, in their minds they might be even right, I’m just stating that you might be looking at the picture from the wrong angle. David Edelstein says that Inception is a “metaphor for the power of delusional hype” – saying that after The Dark Knight everybody were waiting for greatness and got that from Inception because they were delusional enough to think that it was good. At least this is what I get from that thought Edelstein said – butlet’s look at this from a different angle. Nolan’s Inception planted an idea into our heads – an idea that made us think that the movie was good – a movie that is able to plant an idea into our heads can’t be a bad movie. Good movies are those that get stuck in our heads and I’m a big fan of the “great story-line” movie which doesn’t have to be logical but which is written to be logical. I thought Inception did a fine job with it and if it did plant the excitement into my head – I don’t mind.

Rex Reed (who to me based on the reviews he has written and I read – seems to be as bitter about everything that I am about romantic comedies) said that “Inception was pretty much what we’ve come to expect from summer movies in general and Nolan movies in particular.” Question, what summer movies is he talking about? I haven’t seen those, I must have missed something. And about the thing, expecting “that” from Nolan – how is not disappointing the viewers by making another good movie bad? They make bad romantic comedies that people are expecting to be bad and worse and that is bad? Making a good movie after a good movie isn’t something to whine about – Nolan delivers what is expected from him – greatnes.

A.O. Scott comments about logic in the movie. “Too logical”. This is the part where I laughed because I have been questioning the logic in so many movies lately and Inception was just so well logically built that it made me smile and Scott is saying that this is a bad thing. Hollywood has this common mistake writing blockbusters – they have the idea, but they don’t have the logical sequence behind the idea. Things happen without reason, especially when a character does something out of his characteristics – the story isn’t built on a story but on the action. The character goes there because the action tells him to – he goes and I think: “what’s his reason behind this?” Inception had that covered – there were no loopholes of logic, it moved like a well oiled machine and since so many movies fail to do that I think the “too logical” thing, was rude.

Anyhow, this is my answer to those negative comments. I’m not gonna add the positive ones because there are too many of those – IMDb states that Inception is already #4 in the greatest movie list! People like the movie and I think the thing that they like is the three things I mentioned before, Inception:

1) gets into our heads and plays with our thought by making us think about the movie after we’ve seen it.

2) is another well delivered movie by Nolan who jet again proves to us that he is one of the greatest in Hollywood.

3) has logic – it’s story is well written and the action is arranged in a way that it doesn’t get out of line while the story is deep enough to keep us interested.

I read that Nolan has been wanting to do a movie with DiCaprio for a long time and he didn’t like the scripts Nolan offered him before Inception came along. DiCaprio ,who has done movies like The Departed and Shutter Island is well known for his great acting skill, doesn’t fail to deliver in Inception. Also, Joseph Gordon-Levitt, my latest favorite is also giving a performance of a life time running in a hallway that has no gravity fighting a bad guy! (Scene that had a actual hallway that turned 360 degrees – Nolan is well known for not using too much visual efects! Another reason why Inception is good – the visual is realistic.)  So – acting good, storyline good, director good, visual images good – movie good! And the fact that I want to see it again and would be willing to pay for it again is just a little proof of the fact that 5 out of 5 stars is an understatement to this movie.