When I set myself the task to watch 2001: A Space Odyssey, I knew I was going to be conflicted with my thoughts. There’s just something about classics that always rubs me the wrong way, yet, at the same time, I do see the beauty and sophistication in them beyond the images on screen. And so it always is, and it is just the same with the first Stanley Kubrick’s film on my BlindSpot 2018 list.

END_OF_DOCUMENT_TOKEN_TO_BE_REPLACED

Can’t say this is my first time announcing my participation in the Blind Spot series created by Ryan over at The Matinee. Back in 2014 I found this and thought, here is something I should do, and I stuck with it for two months. Yes, I was that successful! But I did have a guest appearance in Ryan’s podcast which was one of the first cool things I did back then! Well, I’m giving it another go and hopefully, 2018 is going to be the year I succeed!

END_OF_DOCUMENT_TOKEN_TO_BE_REPLACED 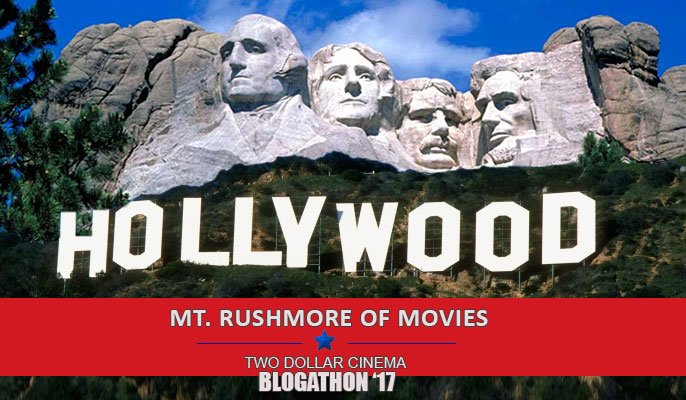 It has been… well let’s just say it has been a long time since I last participated in a blogathon and I think it’s time to do one. More specifically, it’s time for Two Dollar Cinema’s Mt. Rushmore of Movies Blogathon! Here you have to choose top four anything cinematic, from 4 favourite villains to your top 4 childhood television shows, the possibilities are endless! And with such grand freedom, of course I had to carve four epic beards into my Mt. Rushmore of Movies.

END_OF_DOCUMENT_TOKEN_TO_BE_REPLACED

We start off the year with an Oscar race that has our hearts beating erratically because this might be Leonardo DiCaprio’s year, and it was. He won, he got that Oscar, he held that Oscar, he took that Oscar with him to show off to his supermodels and polish on his yacht while the sun cast golden streaks of light onto Leo’s face. But as soon as the blockbuster movies started to roll in, as soon as the superheros began to gather, Leo was slowly forgotten.

END_OF_DOCUMENT_TOKEN_TO_BE_REPLACED

It has now been over a month since the last time I stepped into a movie theater. I saw Bad Moms, which is not the movie you want to have as the last movie you saw when you are writing a love letter like confession. And it’s not like Bad Moms is at fault here, it’s all the other little things that get in the way, and before you know it, you miss it…